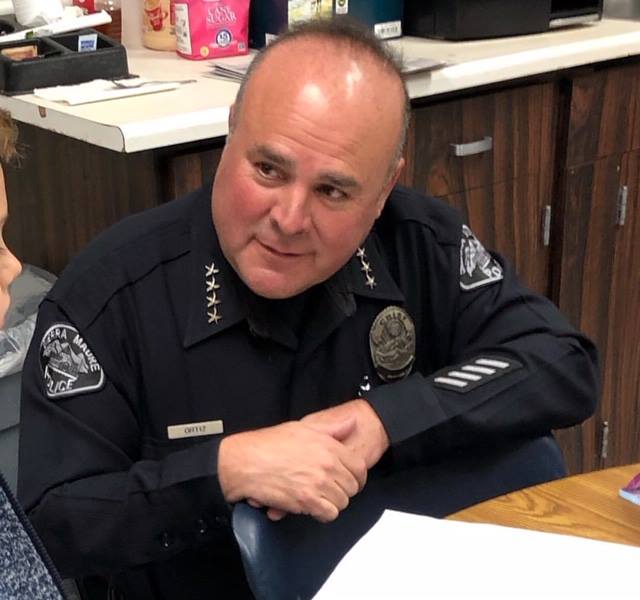 Joe Ortiz, a 25-year law enforcement leader who has served as Sierra Madre’s police chief since 2016, has been named as the new Police Chief for the City of South Pasadena, City Manager Stephanie DeWolfe announced.

“I am very pleased to welcome Joe Ortiz to South Pasadena,” DeWolfe said. “His community-based approach to policing, along with extensive experience in similar police departments, make him an excellent fit for our city.”

Ortiz is set to begin his new position on April 1, DeWolfe said. As Chief, he will lead a department of 53, with 36 sworn officers and 17 non-sworn staff members.

Ortiz joined the Sierra Madre Police Department in 2010 as a patrol sergeant and rose up through the ranks, becoming captain of operations and support divisions in 2014 and chief in 2016.

Prior to Sierra Madre, he served as a detective and corporal in the Glendora Police Department. He is a veteran of the Air Force and the Air National Guard.

Ortiz described his law enforcement approach as “contemporary, community-based policing.” His leadership style, he said, one of inclusion and relationship building with internal and external stakeholders to define and achieve common goals, citing the coalition building that led to broad support of the Sierra Madre Police Department’s strategic plan.

“I look forward to engaging with the South Pasadena community, police officers and staff, and the City leadership teams,” Ortiz said. “My predecessors have created a very strong department, and I’m excited to be able to build on that success with a collaborative approach.”

“I’d like to welcome Chief Ortiz to the South Pasadena community,” said South Pasadena Mayor Marina Khubesrian. “His reputation in Sierra Madre is excellent, and I have full confidence that he will bring the same high level of service and dedication to our residents.”

Ortiz holds a Master of Science degree in Emergency Management and Bachelor of Arts in Occupational Studies from Cal State Long Beach, along with multiple certifications and professional affiliations. Ortiz is a resident of Claremont, married, with two adult sons, one of whom has followed in his law enforcement footsteps.