Welcome to the City of South Pasadena Film Page.

On June 12, 2020, the County of Los Angeles re-opened film productions with a specific health order that must be followed by all production crews county-wide. Effective, July 13, 2020, South Pasadena will begin accepting film permit applications in compliance with the Temporary Filming Protocols to protect its residents. 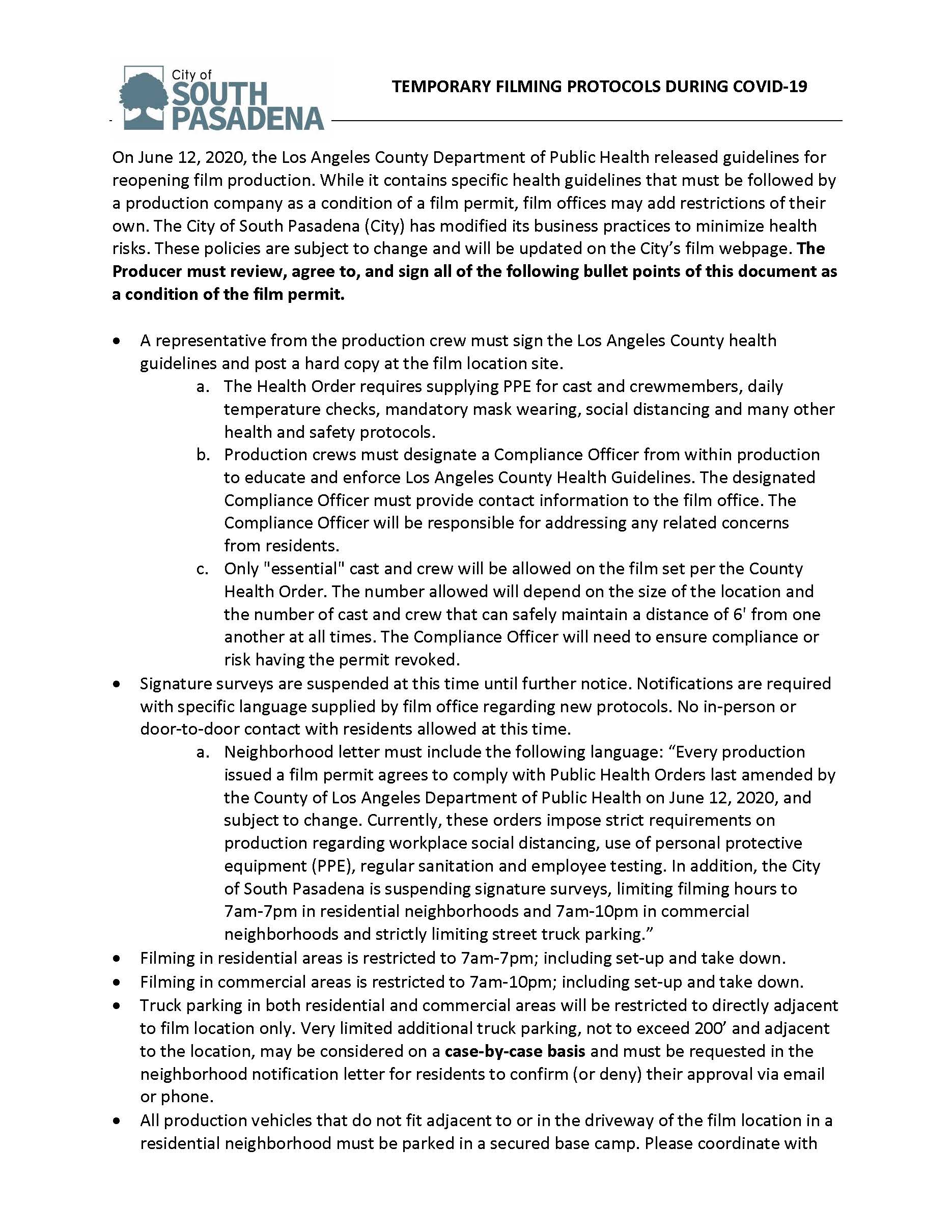 The City of South Pasadena welcomes any business or individual that wishes to engage in commercial filming activity on public or private property within the City. In addition, college students and non-profit organizations require film permits but may qualify for reduced or waived fees.