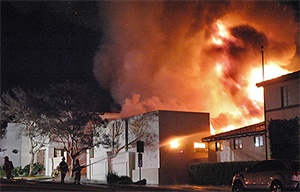 Staffing
The South Pasadena Fire Department currently has 21 sworn personnel. In house staffing currently consists of 7 personnel on duty as follows; 1 Division Chief, 1 Captain, 2 Engineers and 3 Firefighter/Paramedics each day. The department operates on a 48/96 schedule.
Battalion Chief coverage is provided by a contract agreement for management between the cities of South Pasadena and San Marino. Battalion 9 operates from station 91 in San Marino. 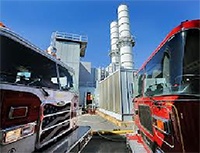 Emergency calls are initially answered by the South Pasadena Police Department 911 lines and, occasionally, the California Highway Patrol. Fire Department responses are then routed to Verdugo Fire Communications Center in Glendale. “Verdugo” dispatches for all of Region 1, Area C and recently added Montebello, formerly part of Area E. This includes a total of 12 cities and 43 fire stations. The cities all operate under an automatic aid agreement called Unified Response. In essence, this provides seamless coverage and the closest appropriate resource to an incident, regardless of jurisdiction. South Pasadena receives aid from, and provides aid to, the surrounding agencies. A typical structure fire response in the Verdugo system includes three engines, two truck companies, a rescue ambulance and a battalion chief. In this scenario South Pasadena would provide an engine and an ambulance with the balance of resources coming from adjoining agencies. When a second alarm is required South Pasadena’s Air Utility will respond to provide scene lighting, SCBA airpack filling and firefighter rehab.

When someone calls 911 for an emergency medical response many people do not understand who and what resources will respond. In Los Angeles County, the current standard is typically to respond an engine-company (pumper), or truck-company (hook and ladder) and an advanced life support resource (ALS). In South Pasadena this means that the engine company with four personnel and the Rescue Ambulance with two Firefighter/Paramedics respond to deal with a wide array of possible scenarios. The engine company is staffed with at least one Firefighter/Paramedic who is authorized to initiate ALS care prior to the arrival of the rescue ambulance.