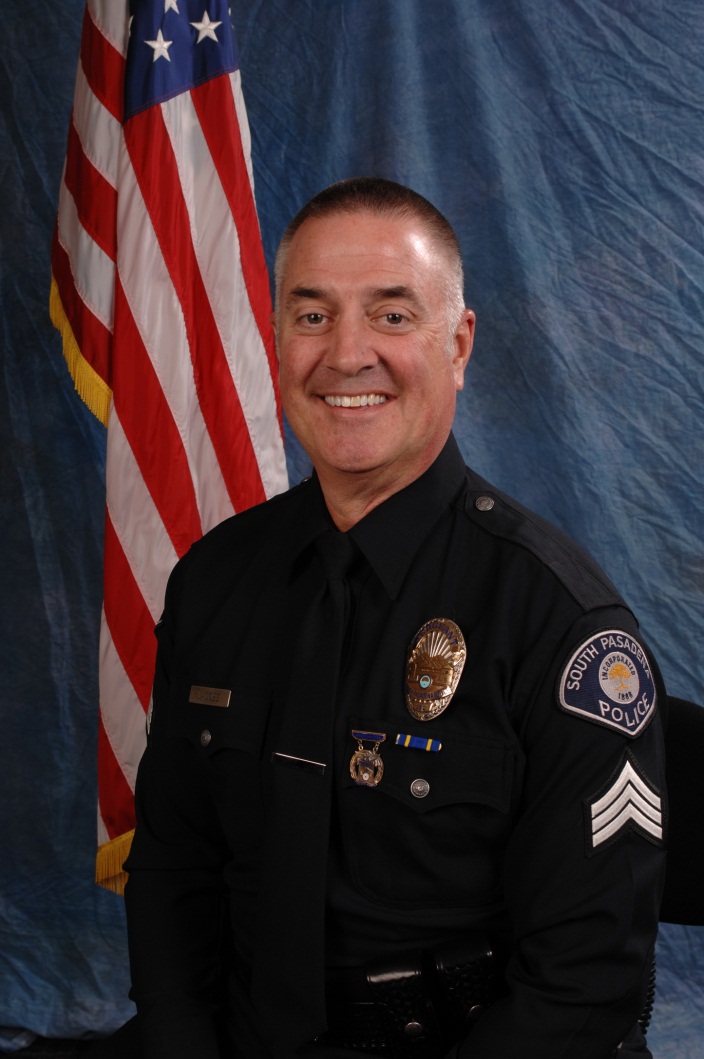 Lieutenant Tom Jacobs has been with the department since 1999, when he was hired as a Reserve Officer.  He became a full-time officer in 2002, promoted to Corporal in 2008, Sergeant in 2016 and to Acting Captain in February of 2019.  On November 25, 2019, Tom was promoted to Lieutenant.

Tom has a supervisory role on the Special Enforcement Team, is a member of the firearms range staff, Defensive Tactics Instructor and is also a Glock Armorer.

Tom helps instruct the Women's and Teen Self-Defense Classes and serves as the liaison to the South Pasadena Animal Commission.