On November 25, 2019, a promotion ceremony was held.  Tom Jacobs and Shannon Robledo were promoted to Lieutenant and Randy Wise was promoted to Corporal. 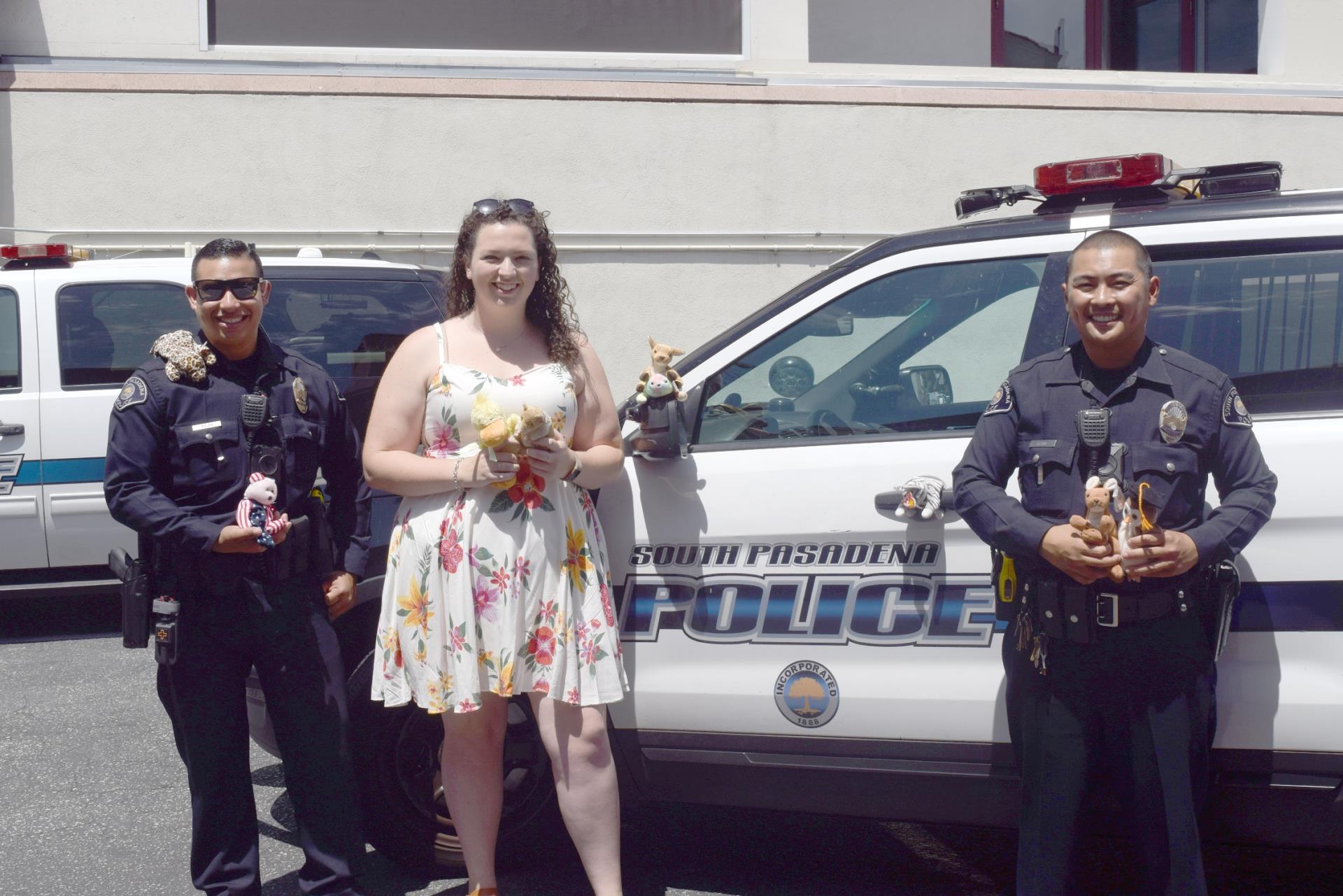 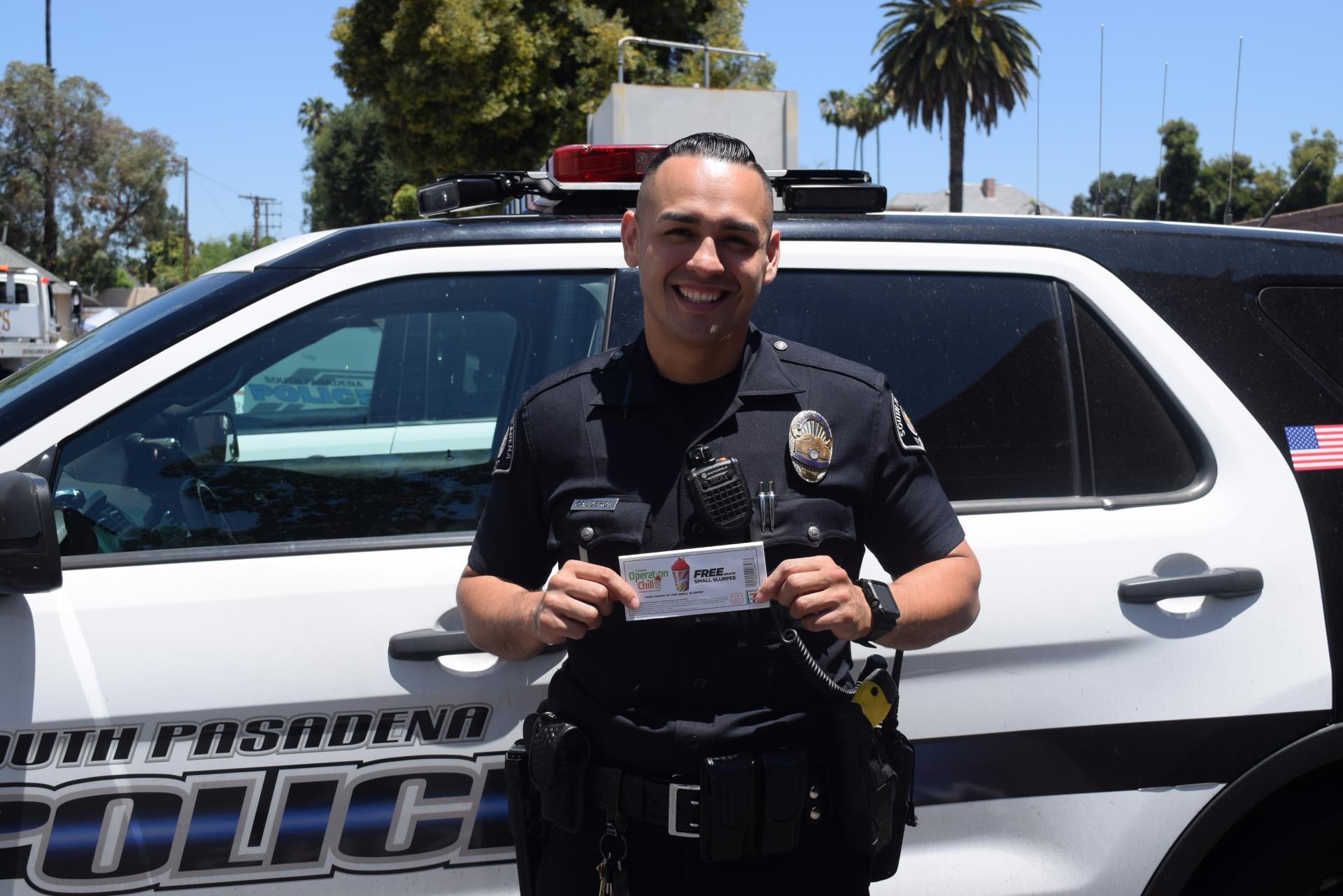 The South Pasadena Police Department is pleased to be part of 7-Eleven's "Operation Chill" during the summer months.  Developed by 7-Eleven to reward and encourage good behavior for children during the summer.  Officers can issue a "ticket" to children for doing a good deed, like wearing a helmet while bicycling, or following traffic laws.  The "tickets" are actually coupons that are redeemable for a FREE child size Slurpee drink at participating 7-Eleven stores.

South Pasadena Police Detective Lee partnered with Pasadena Police Officer Nick Cheung to form a two-man shooting team in the 2019 US Police & Fire Championship Games.  As a team they won a gold in their division in pistol competition.  In the individual events, Detective Lee won two gold and three silver medals in his division and Pasadena PD Officer Cheung won a silver medal in his division.  The Police and Fire Championship Games are held annually to promote physical fitness and camaraderie among first responders.  Over 4,000 law enforcement officers and firefighters converged in San Diego between June 22-28, 2019 to compete in over 50 olympic style sporting events.

On Thursday, June 6, 2019, Chief Ortiz, Council Member Bob Joe, city employees, family and friends teamed with SPPD Officers and participated in the annual Law Enforcement Torch Run for Special Olympics.  The "Flame of Hope" torch was carried through the city to help raise awareness for Special Olympics.  Officers received the torch from Alhambra Police Department and was past on to the Los Angeles Unified School Police.

There has been a recent scam where the suspects are claiming they are from the South Pasadena Police Department and tell the victim that there is a warrant for their arrest, and demand payment in bitcoin or pre-paid debit cards (i.e., Green Dot cards).  The caller ID may display the police department or City of South Pasadena to make the call more convincing.

The police department does NOT ask for payment in bit coins, cash, checks, credit card, etc.

Should you get a call from someone representing the South Pasadena Police Department and asking for payment for an outstanding warrant, hang-up. 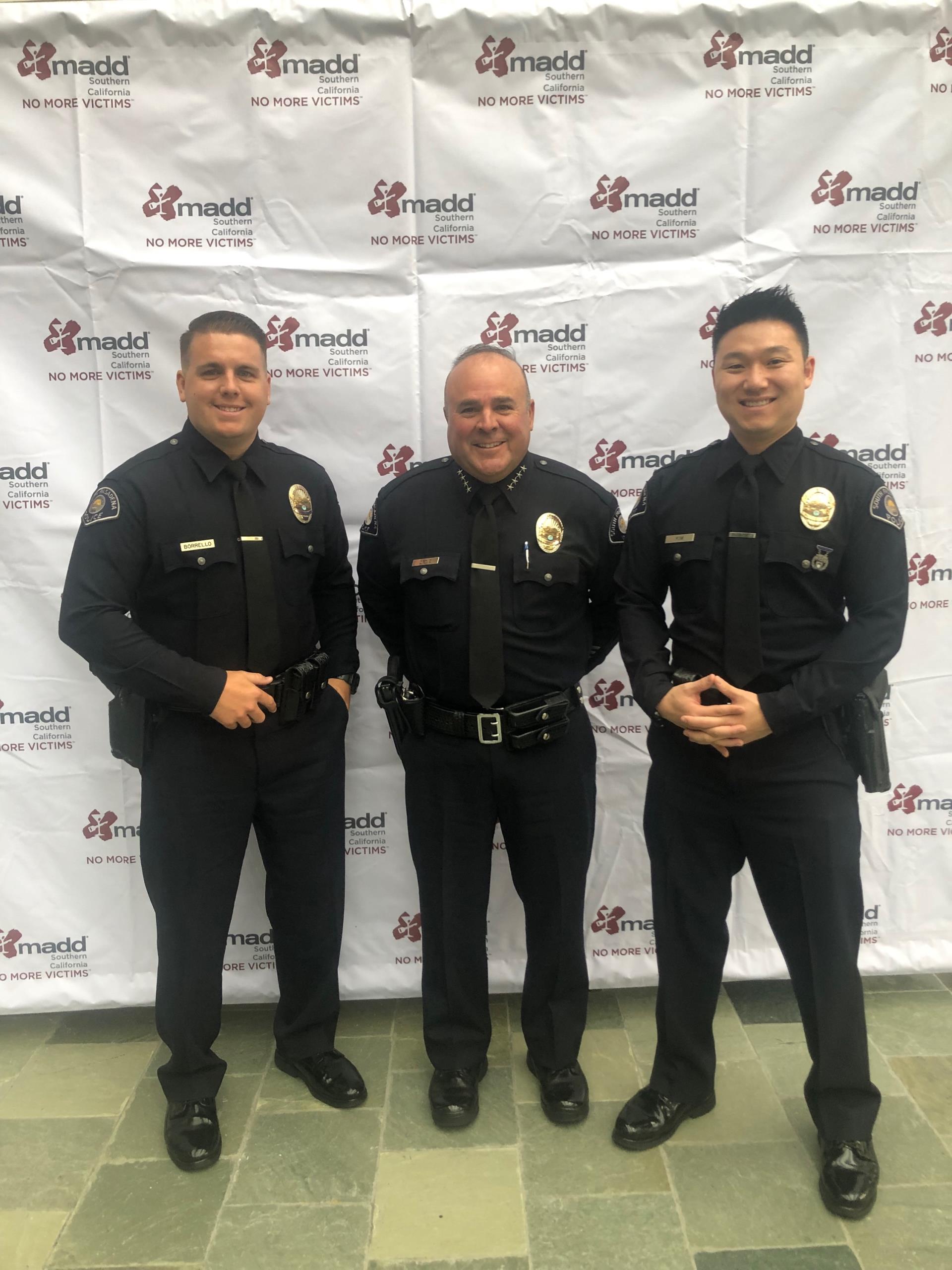 May 15, 2019 - Officers Tim Kim and Tyler Borrello were recognized by Mothers Against Drunk Driving (MADD) for their efforts to take impaired drivers off the road.